Next Show ¦ About SDMS ¦ Past Shows ¦ Friends & Links ¦ Contact 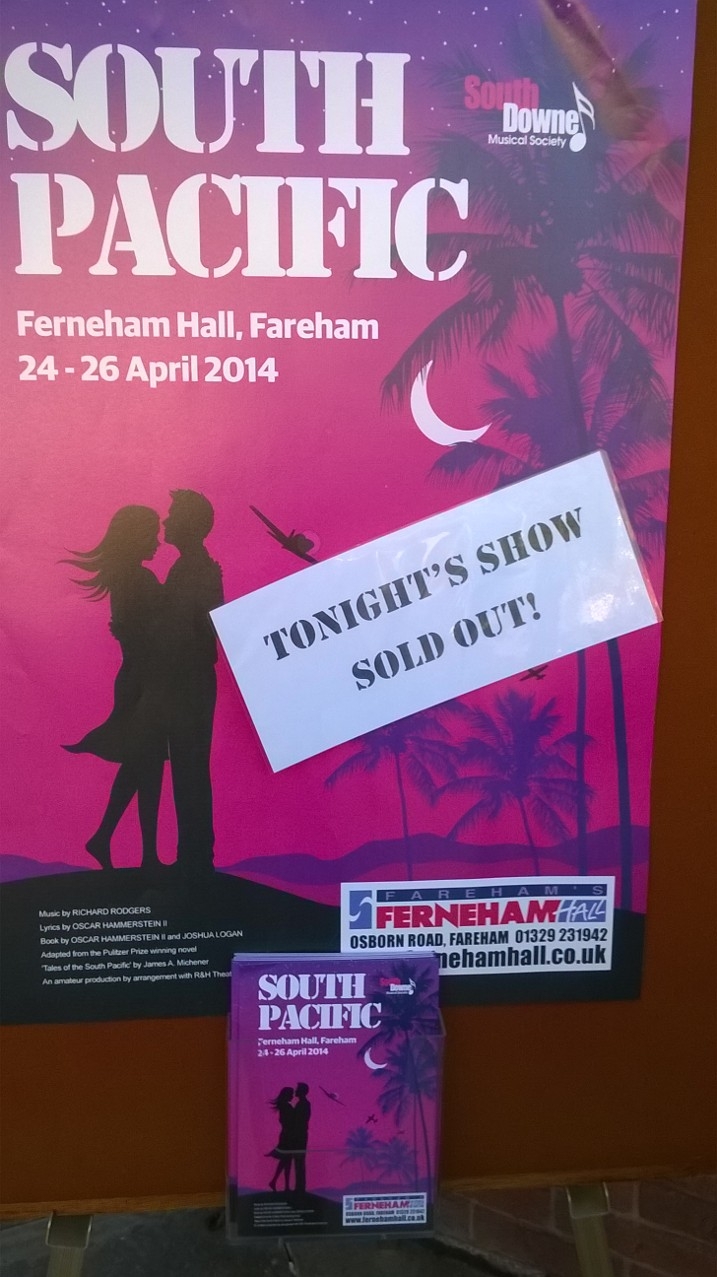 South Pacific is a musical composed by Richard Rodgers, with lyrics by Oscar Hammerstein II and book by Hammerstein and Joshua Logan.

While waiting for action in the war in the South Pacific, sailors and nurses put on a musical comedy show. ... the drama of South Pacific unfolds.

And then ...... can a girl from Little Rock find happiness with a mature French planter she got to know 'one enchanted evening' away from the military hospital where she is a nurse? Or should she just 'wash that man out of her hair'?

Bloody Mary is the philosopher of the island and it's hard to believe she could be the mother of Liat who has captured the heart of Lt. Joseph Cable USMC.

The story is backed by an outstanding musical score including some of Rodgers & Hammerstein's immortal songs:

"You've Got to Be Carefully Taught", "Younger Than Springtime"

We used a very modern minimalist scenery set, a sandy colour depicting a Pacific island. Audiences used their imagination with the help of a well produced lighting plot but concentration was on dialogue, acting and the usual high level of singing from principals and chorus. Another succesful show!